by motosiklet
1 sene ago
30 Views
0 Comments

The Mars A20 motorcycle that was first produced in 1920 (under a name Reisemaschine, i.e. a vehicle for traveling) became a focus of the most cutting-edge and original technical ideas of the time.

The base of this machine consisted of a box-section frame in which the gas and oil tanks were positioned as well as a carrying box. An L-head, horizontally opposed, twin-cylinder engine (with 956-cc and 7.3 h.p.) was longitudinally mounted under the frame having an external flywheel that simultaneously played the role of the fan for the forced air cooling system.

The engine together with the box-type frame made up a single power assembly which also included the sump of the two-speed transmission. The motorcycle transmission deserves special attention: two drums with internal friction pads were located on the cross shaft. Each drum had own chain connected to the rear wheel, so there were two chain sprockets at the rear. During the gear selection, one of the drums was decelerated and the torque was transmitted to the rear wheel. Band brake gears were located over the lead drums: one gear with the manual and the other with a foot control. 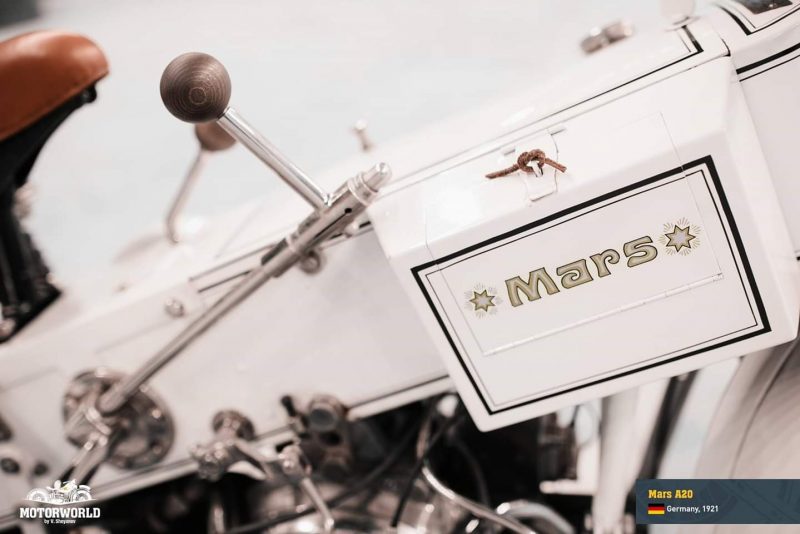 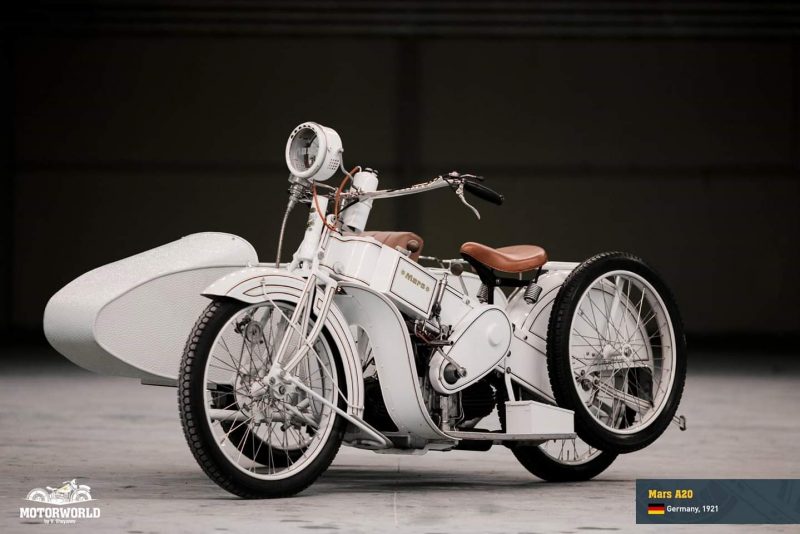 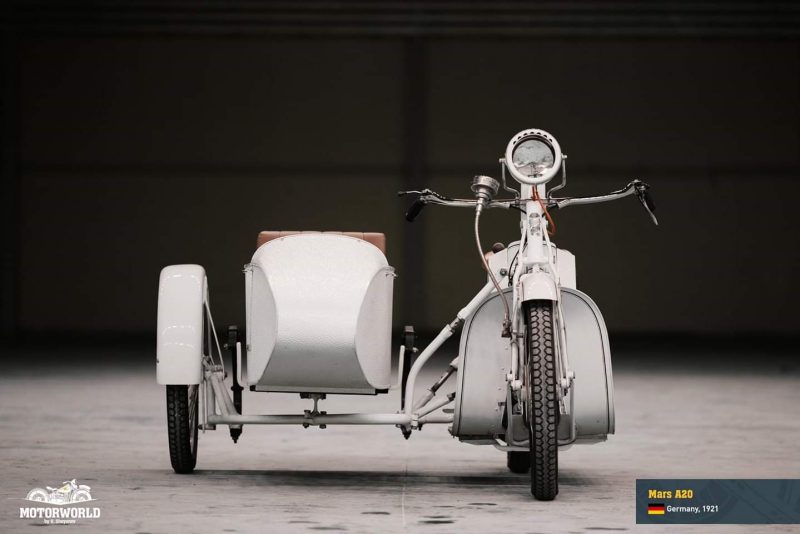 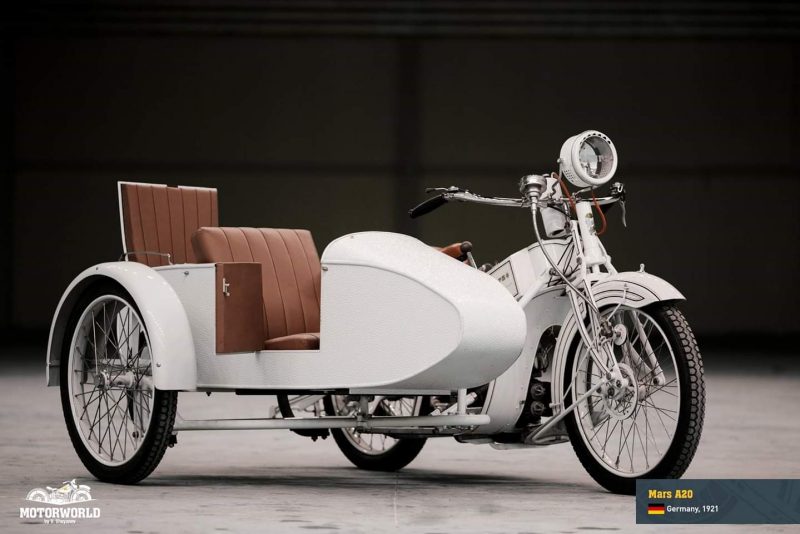 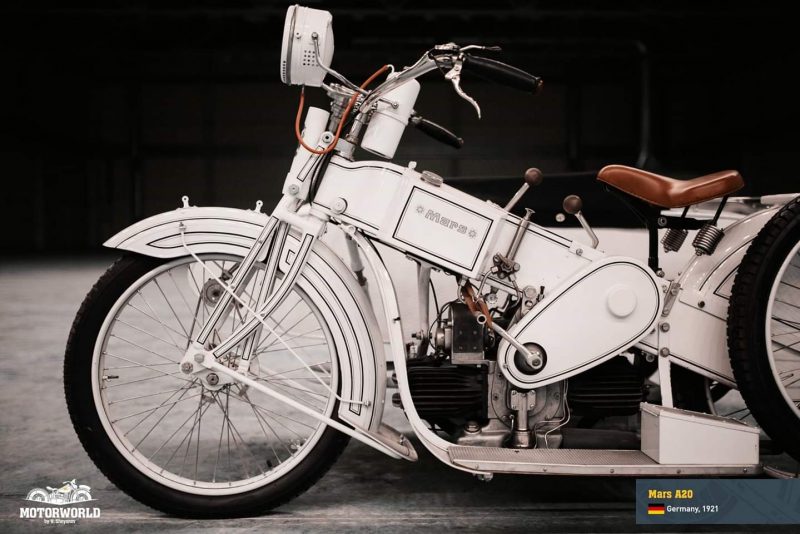 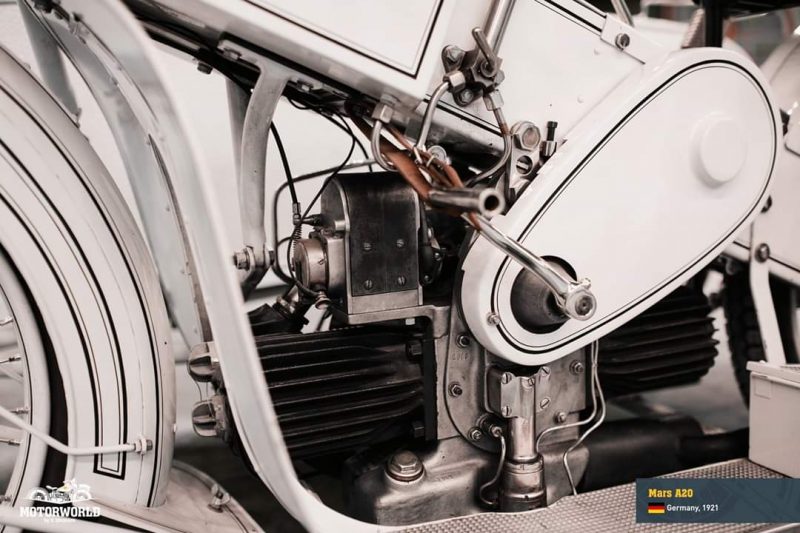 White Mars was manufactured until 1932 subjected to constant modernization. Just over one thousand machines were produced.